Yaniv Feller is a scholar of modern Jewish thought and museum studies. His fields of specialty include Holocaust Studies, postcolonial thought, and Jewish-Christian dialogue. Feller’s current book manuscript is titled Jewish Fantasies of Empire: Leo Baeck and the Task of a Minority. This work challenges Jewish thought to move beyond the nation-state toward a consideration of empire by analyzing the thought of the revered but seldom studied figure of Leo Baeck (1873-1956), the official leader of Germany Jewry during the Holocaust.

Feller is also the co-editor (with Paul Nahme) of The Challenge of Covenantal Thinking: Essays on the Philosophy and Theology of David Novak (forthcoming, University of Toronto Press) and an author of articles on themes ranging from Martin Buber to Christmas trees. Before coming to Wesleyan in 2017, Feller was a curator of Jewish religion in the new permanent exhibition of the Jewish Museum Berlin, which opened in August 2020. 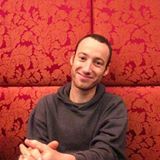